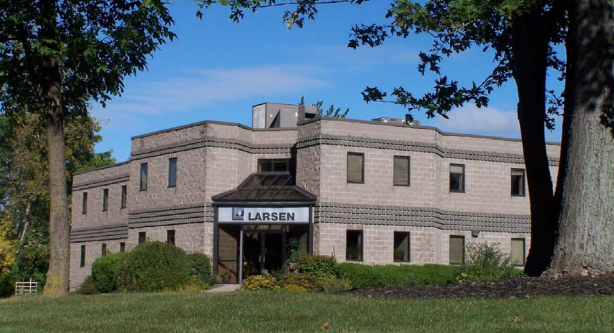 Why The World’s Smartest People Are Opting For Green Buildings

No matter how much critics debate on whether the new found sensibility is a mere soon-to-fade trend or a long lasting episode that will affect the mechanics of the real world, the truism stands: people are going green, and increasingly so.

From planning “eco friendly weddings” to painters using paint with no or low VOC, the trend has caught such humongous traction with the masses that the Financial Times reported how  going green is good for business.

We’ve Done It Before

When the Augustan sensibility had done its rounds in England, there was a wave of rebellious, pro-nature movements that followed—one of which was the famous Romantic movement, fueled by a desire to move closer to nature and closer to the planet.

Today we are witnessing a replay in fast-forward of the aforementioned phenomenon—but ours is a sensibility that comes with a twist. We don’t just lean toward the natural and the pastoral like our good ancestors the Romantics, in stark opposition to a rigidly scientific backdrop. We prefer combining the promising knowledge of science with the sustainable goodness of nature, thus moving toward an environment that uses the tools of science to give back to nature.

Going green is no new occurrence in the rapidly shifting world, and even today some of the most conscientious people in the world are most concerned with the upkeep of this environment.

The Latest: This Year’s Nobel Prize for Economics

Two economists shared this year’s Nobel Prize: William D. Nordhaus and Paul M. Romer; both having received it for their innovative contribution to technology by integrating climate change into their course of things. William Nordhaus, the economist from Yale, who received his Nobel on the 8th of October, has spent some 40 years campaigning against climate change.

If Nobel laureates and Yale economists are pushing for better management and planning in terms of climate change, others should be far more concerned.

These aren’t Herculean edacities of concrete renowned for their design and sheer size; these are utter marvels of buildings constructed with one principal purpose: sustainability. In terms of energy consumption, carbon emission, waste management, and others, these are some of the world’s most famous green buildings: One Angel Square in Manchester, UK; Shanghai Tower in China andManitoba Hydro Place in Winnipeg, Canada.

And In Your Very Own New York…

The Bank of America Tower, at One Byrant Park, is a shining example of a green building that is high on performance and is at the same time a marvel of modern, urban structures. A coalition of the two is not only possible but popular, and as far as the state of the planet is concerned today.

Global warming and green house gases are hardly alien phenomena that need explaining: to put them mildly, we’re heating up the world and using disastrous energy resources. Oh, and we’re also using considerably more energy than we are producing.

By opting for harmless, renewable, and promising sources of energy—such as solar energy trapped through solar panels and using energy conserving glass—we can ensure that our buildings instead of adding to the problem begin contributing to the solution.

Deciding to adopt a lifestyle that is environment friendly and that makes the planet be more sustainable—or, in the layman terminology, the decision to go green—is at its heart about three major things:

Going green is basically an investment in the long term and it does produce results—in all sectors, social and business-related and others. Here’s a sneak peek into what a green building does:

Ready To Join the List Of The World’s Smartest People?

The people of the world are becoming increasingly more conscious and concerned about managing waste and building a greener environment that can sustain them better. Engineering has welcomed innovations that allow an eco friendly environment to flourish and agriculture consultants are available worldwide for better planning and management.

Larsen Engineers in Rochester, New York, offers its clients sustainable solutions and services. Interested parties can get in touch with them here.

At Larsen Engineers, we believe that innovation is not a one-man game: it springs into effect when a group of people come together, sit together, and together they work out sustainable solutions to make a positive change in the environment.

Water wastage and organic compost made from leftover food is not something one person can undertake to make a visible change in the community. Our primary goal is to aim for a “net-zero” energy building and install solar roofs to minimize energy consumption and toxic byproducts in the atmosphere as much as possible.

Like Blog, green Why The World’s Smartest People Are Opting For Green Buildings